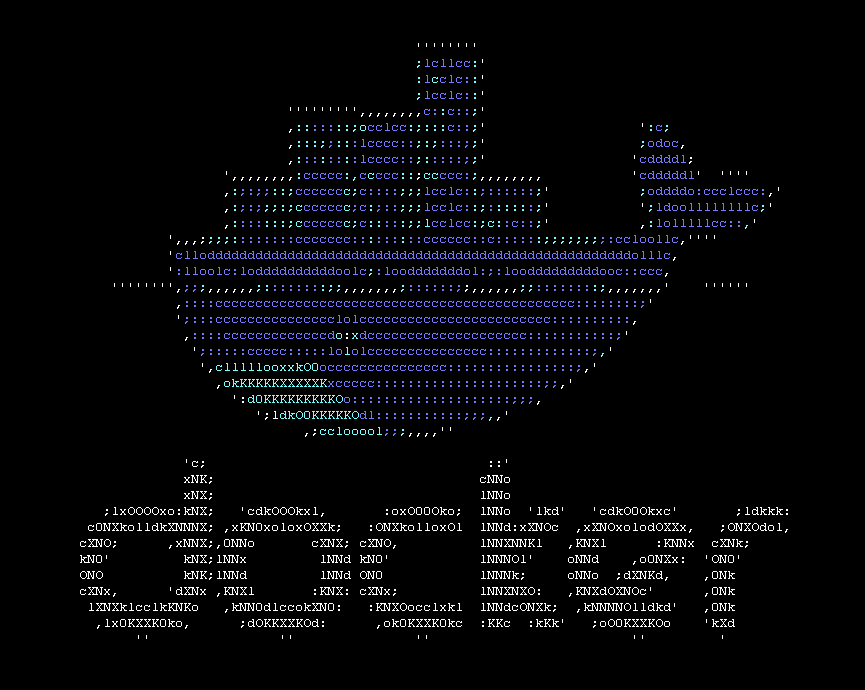 How to live inside a docker container?

This is a story of how I learned to stop worrying and love the bomb. Well, it’s just about as iconic. Lone developer turns to Docker to set up a clean development environment as seamlessly as possible, including the bells and whistles of SSH agent forwarding. I’m pretty sure some of the folks on Docker HQ might have a small panic attack reading this one. Alas, I’m not a cardiac health professional.

I just realized this was april fools, let me asure you - I’m serious.

So let me give you a short bullet list of what we will try to do:

Everything here is… unorthodox. But very cool.

Docker is a bit tricky in the sense when you run a container, you either docker start a stopped container or you docker run an image. You can’t run a container that already exists under the same name, and you can’t docker exec a container with new options like -v for volume mounts or -e for environment as with docker run.

So the logic I wanted is a bit as follows: 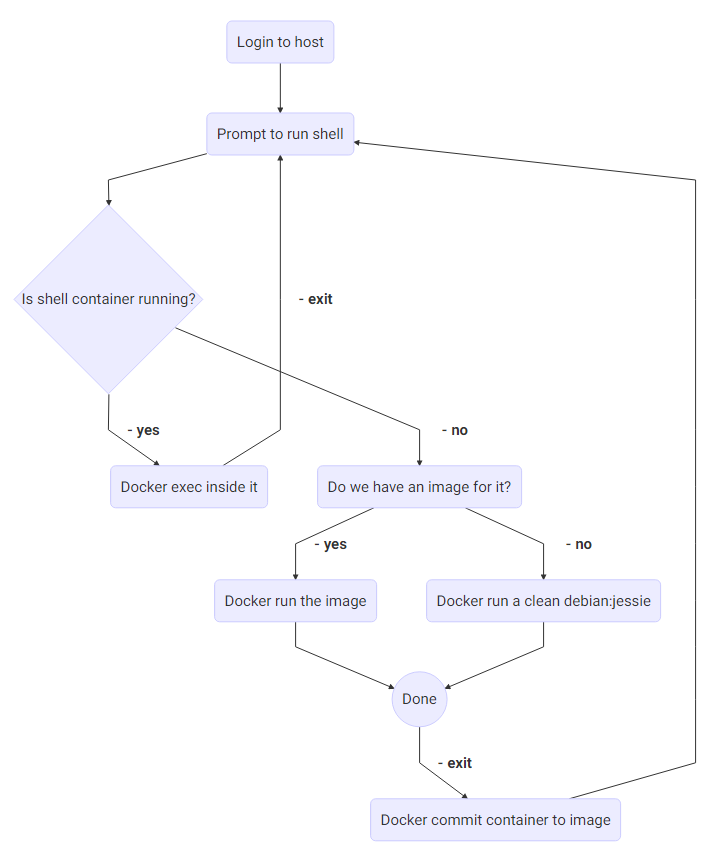 Detecting if a container runs

First, we need to name our container.

We will name our container shell-$LOGNAME. $LOGNAME is the variable which contains the user name which logins via SSH. I’ve seen people set this variable with authorized_keys feature of SSH, to differentiate between users based on ssh key. I use the same principle, so even if we share a root user for access to a machine, we have unique $LOGNAME and environments.

Note: I guess this [root access] is not such a good thing, but then again, adding users into the docker group, or giving them full sudo privileges seems to be the same kind of insecure. We are professionals, and the machines we use this on are dedicated use machines and not some sort of shared semi-public cluster. Using root logins with ssh keys as policy is every bit as secure as using local users with ssh keys and open sudo access.

When we want to get a shell, we should check if there’s a running container waiting for us.

This is how we start out with getting a docker shell. We use the docker inspect command to get the state of a container $NAME. If the container is found and running (response equals “true”), then we will attach a shell with docker_attach_shell function.

Checking if we have an image to use

Checking to see if we have a shell-$LOGNAME image on the system lets us use the image where we left off last time. As you can see in the code - starting up a container is exactly the same with the image existing or not - if the image doesn’t exist, it uses ‘debian:jessie’ to start it.

Using docker from within a docker container

This might not be the smartest idea if you’re concerned about security. You’re basically giving anyone with a docker shell full access to your docker host. This means they can run anything, and more importantly also delete anything. Or fill your disk with useless images and/or containers. But whatevs man, running docker from the host is cool!

Note: I will construct an $ARGS variable which will hold these arguments for docker run.

tl;dr: this forwards all needed libraries to the container using -v volumes.

Now you can run all your docker ps -a commands from within the container, and they should work. If there’s some error, the library list needed for this might be adjusted.

Note: I’ve found out that docker ps works like this, but I tested none of it. It doesn’t seem to use any kind of –privileged flags, and according to my logic the only problem/issue can be with some libraries which might be required on very different container base images. I’ve at least added :ro: options to mounts of libraries and binaries, so there’s less of a chance to mess up the host by upgrading any of the software inside the docker container.

Forwarding SSH agent to the container

When we are using docker run to start a container from an image, we can pass environment variables with -e and volumes with -v options. SSH agent works via a socket file and the location to this file is saved in the environment. We can forward both of these values to the docker container, so we can use ssh inside it with our existing ssh-agent.

This is all you need to use your ssh agent from within a docker container.

Well, this is the “meat” of everything:

To explain it the shape of a bullet list:

Well, I wouldn’t be me if I didn’t want to have options. I want to use docker shell, but on the other hand, some times you need to use the host machine too. Since we’re working in bash, I see no issue here, and I just wrote a quick menu, that will let me choose which option I want.

It’s not the best looking, most colorful and feature packed … feature. But it does it’s job. I saved the whole thing under one script, and added the script to /root/.bash_aliases. This way, every time I log into the system, I’m prompted with a choice between the docker environment, which I can mess with, or with the host system, which I try to keep clean.

It’s possible to improve this container by including an additional mount to the host, for some persistent storage location - whatever you would want to keep “forever”, you can drop into /mnt or some other location. All you need is an additional -v option to do this.

The complete script is available as a gist, so you can: use it, test it, share it, improve it. Any feedback is good feedback. A shameless plug: I’m happy if somebody would register on Digital Ocean to get $10 off and help pay my VPS bills. And there’s my Twitter if you want to give me a follow.